Google + on the Rise 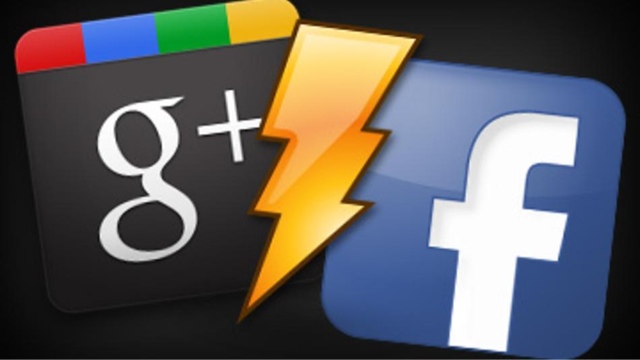 I'll admit, although I signed up for G+ quite some time ago, I wasn't actively using the social networking interface as much as sites such as Pinterest, Facebook, and Twitter. So I was basically adding to their metric of inactive users (sorry about that, Google).

I had been an early adopter of previous interfaces like Google Wave and was reticent to invest my time in something that could get scrapped like the Google Wave was. (Especially because I had worked so hard to find someone just to invite me)!

At any rate, despite getting a group I'm involved with from MySpace/Facebook to use the Wave and have it fall flat, I am at it again, asking some of the members in a particular group to migrate to Google Plus. Currently, they are far more active on Facebook groups, and this is understandable, given that Facebook is still reigning supreme. Not to mention the fact that we are creatures of habit, and we've been at it for years in Facebook groups.  Although Facebook is currently at the #1 spot and Google + is at the #2 spot as far as overall useage,  I believe the trend will change.

The difference is, I see the beauty in Google Plus now, and have begun to build a number of pages and profiles on the G+ interface. I'm excited and hopeful that more people will migrate to using G+ more and more until the majority of us are spending our time on Google +. Why have I changed my tune? Well, I have been using Google Hangouts privately for virtual meetings to train teams and individual clients on social networking interfaces and strategies.

After using the Hangouts feature, I've come to find that it is better than Skype. It is my preferred method to guide anyone through how to do most anything on their computers because of the nifty screen share feature which allows users to chose either their entire desktop, or simply one active window to share, so I can guide them through what to click and where far easier than by trying to do the same by phone or audio only. 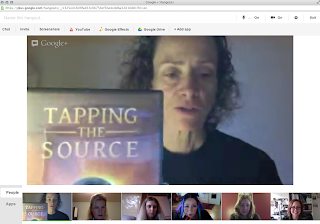 
The meeting was on Halloween and I was the only one in costume (hence the colored hair)... ;-)

I've used Hangouts well over twenty times, so when I found out that pages can now use Hangouts instead of simply profiles, and that On Air Hangouts are integrated to broadcast live and be archived directly into YouTube accounts, I was absolutely thrilled with the prospect and potential. This is really a phenomenal product Google + has in its arsenal which all the early adopters I'm sure can attest to. I've been recommending some of my clients that they should utilize this awesome feature for panelist discussions specifically geared toward their respective business topics and products. Whether they decide to take up the task is up to them, but I'm going full steam ahead, and will plan my own based upon my interests, such as living foods, esoteric subjects, the environment, and social change topics. My mind is swirling with a ton of ideas!

If this feature in and of itself wasn't enough, Google + has now unveiled Communities which is similar to Facebooks Groups. You can even post in Communities as your Pages, so Google Plus is far better in this regard because you cannot do the same on Facebook. Nice, nice! But then, it doesn't stop there. Now that Google supplies email, cloud based drive storage, Youtube, library, blogger, Picassa photohosting, apps for business, analytics, places, and more, we literally have all that we could ever have asked for with a one-stop-shop login. With a slew of kicka$$ features all in one convenient place, isn't it a no brainier? I mean, really!

Now for the extra added bonus! You don't have to pay just to feature your own posts to those who follow you! Since I have basically built over 20 Facebook Pages and have had to run ads on any number of them just so that fans actually see what I post, that's a hook, line and sinker for me. I'm sold. So even though G+ has surpassed Twitter in the number of its active users, I doubt Facebook will reign supreme forever. I remember why so many migrated from MySpace to Facebook. (I've written another blog devoted to Myspace here). The reasons Facebook had more appeal were less obvious then. When enough people figure out how soooo much better Google is, we'll quite naturally start using it more and (hopefully) begin abandoning Facebook in droves. So Facebook will experience a similar fate as MySpace and be relegated to a bygone era of glory days when we will all remember nostalgically what we liked about them before they took (enter your favorite aspect/feature here) away.  One of the sticking points for me, has always been Facebook's lame support for editing posts and not supporting animated gifs, so thank you Google +, for having the wherewithal to let me have both these features!

Friends of mine who prefer Google + have told me they don't like Facebook because of the ads that began showing up in their home feeds. Also, visibility settings aren't as easy to navigate, so having their mom's become friends on Facebook made them feel they couldn't post there anymore.  Even though I know how to do the settings to keep posts separate from friends and family, most don't want to have to bother going through the convoluted Facebook settings to specify things like that.  So circles, circumvents that issue entirely and makes sharing with specific groups far more user-friendly.

The future is free and open source, with a network provider running on sustainable energy. Now, that's the network I want to belong with and build! So, the reasons are just piling up, more and more.  So I'm advising all my clients to take G+ seriously and become more involved there.  I am helping to build pages and profiles for a number of my clients.

It's funny, because those I've asked to use G+, for whatever reason, don't jump on board so quickly. I end up having to bring up all the reasons why they should try it, to sort of "convince" them of the reasons why Google is better than Facebook. I'll tell them all the things I've listed here in this blog. They often ask me if I work for Google. I actually don't work for them, but I certainly work a lot "with" their products, and considering all the aforementioned perks of Google in general and the awesome features in G+ all by itself, it just makes more sense to migrate to G+. In my mind, it's not a matter of if people will figure it out, it's a matter of when.
by Nicole C. Scott. Find me on Google +