I remember when I first signed up for Myspace back in 2004. (I was previously using Yahoo! primarily for group forums).  The profile started as a generic white page, but the background settings could include html code to customize the profile. When profiles are initially assigned, a profile ID number was issued and users had the option to rename the address. The first profile I created was assigned a "unique identifier" string of numbers that I never had the inclination to change. What were the odds to get five, 5's? So, MySpace.com/5555050 seemed like an auspicious number to keep. (Fortunately for me, deciding to not change my address, allowed me to retain my original HTML code without having it overridden by the system wide changes that went into effect when they unveiled the site entirely rebranded).

I remember when I first began befriending others from their profiles, that I wanted to have my top friends appear as novelty characters like planets, Animal from the Muppets, bands I liked, my best friend, etc. I could pick only one song on another MySpace band profile and have it auto play on my profile page. I began blogging there and started out with simple blurbs, and copy and pasting code for results of tests like "What Hogwarts House Do You Belong To," or "What Star Wars/South Park/Fantasy Character Are You", etc...

Then, I began sharing poetry and then started learning how you could alter font faces for word placement, size, color, and hyper-linking. (This was all before the coding features were integrated into the top bar). Back then, you could just write HTML directly into the empty form fields. I then went about customizing the blog page interface. I blogged a few times a week, and then I began following and commenting on others' blogs. There was a thriving community which grew from the blogs, we friended each other and began sharing each others bulletins. I figured out that the HTML customization applied to bulletins as well and I could affect the look of the entire MySpace page when users clicked my bulletins. I would broadcast my blogs with hyperlinked imagery with the title and a song player on autoplay. 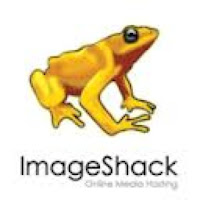 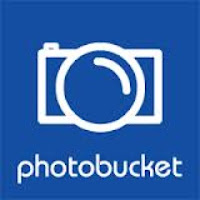 The advent of Myspace brought up photo hosting sites like Photobucket and Imageshack. We all needed extra images to put in our profiles, bulletins, and blogs. At the height of Myspace popularity and useage, bulletins were the way to go. If my bulletins went viral, Photobucket would replace my images with an exceeded bandwidth warning. We circumvented the one song only feature of MySpace, and began using players with different skins and free music hosting sites like Mixpod and Project Playlist.

I recall learning for the first time, how to get a YouTube video set to autoplay. It wasn't long before, I had to change my blog roll's default page to only load one blog at a time (you could choose 1,3,7,10). Because each entry had a song, or a video accompanying the blog post in autoplay, it was integral to the design to only feature one blog at a time. Blogs were just like your own private bulletins, only they didn't disappear after ten days.

I remember in Myspace's heyday (between 2004 and 2008, when they were the most popular social networking site and I was actively using it the most), back when users had more freedom to post what they wanted. Sites like mygenUK, and PimpMyProfile, let people produce a variety of MySpace profiles using their custom code generators. Fully delving into customization, MySpace provided a great reason for social networking users to learn HTML. Obviously the generators didn't contain aesthetically pleasing pallet colors, so some users took their profiles to the extreme and had raining symbols, tiger and plaid tables with neon font colors. There were no obnoxious profiles overloaded with a ton of widgets and code that made it difficult to load.

Before Facebook took over the limelight, personalities became famous through MySpace, able to gather tens of thousands of friends. Some bloggers developed large followings. The highest readership I received through MySpace blogs, was a unique viewership of over 500 people on average, per day. A few of my bulletins spread far and wide though. I could tell which ones by the bandwidth taken up on the images and I could use plagiarism search bots to find my poetry bulletins on a number of MySpace Users' profiles. You could visibly see how your online presence, posts and interactions had an effect on the communities. I remember posting a few classic songs on autoplay and spreading the lyrics out with images accompanying so you coukd scroll and see the images. Friends would end up mimicking the method, and so memes became a trend.

On MySpace, we were open to friending those we never knew or had met before, it was ok to share full movies, songs, and ideas. We got to explore more music and friend and follow our favorite artists and their events. It was far better than AOL or Yahoo!  (sites which sort of fell by the wayside, much like Myspace fell when everyone migrated to Facebook).

Then the spammers and phishers pretty much forced MySpace to implement system changes that blocked customization of bulletins, as well as masked the addresses of all the hyper-linking. Msplinks were a throttle to sharing, as links that weren't phishing we're disabled too. Such draconian measures altough good at blocking phishers, also destroyed a lot of the links we wanted to share. They were converted in the original code to msplinks, so we could no longer even find the original link code to share!  Then, MySpace went about blocking the ability for users to reference other bulletin posters. Unless coders knew the work around on how to retain the previous posters names, that was it. So, people were less happy overall with the erosion of what made MySpace bulletins so cool. If we liked a certain bulletin, we couldn't as easily ascertain its originator.  We weren't getting credit anymore for our original bulletins anymore and that didn't sit well with a lot of the users.

In addition, the email messaging system was no longer a personal and private thing, people could blast their emails to everyone at once.  Soon, we were getting spammed by all the people and bands we had befriended. Messages were overwhelming our inboxes and our once intimate relationships were falling by the wayside.

In addition to all these changes, there were aspects that were never that great.  Our blog archival systems left much to be desired.  You could only search blog archives of any given Myspacer by a rudimentary date selection apparatus.  Fortunately, a genius hacker produced a great html code generator to allow our blogs to be culled and accessed by all of our titles in a long list.  It was a nifty feature and a lot of the major bloggers out there used it at the top of their blog headers.  Myspace changed their code, and disabled that feature.  Major upset.

A lot of the abandonment had more to do with the change in features that we had come to appreciate about Myspace. These reasons compiled until everyone was pretty fed up with the limitations. That's why Myspace saw the rise and fall like it did.  To make matters worse, they did the most bonehead move EVER.  When they unveiled their new site branding to compete with Facebook, most everyone's customization of "their" spaces, were overwritten.  My music page at myspace.com/lvx1313 was no exception.  My custom code to that site disappeared, so I had to replace it with some generic skin to at least salvage its aesthetic.  For some unknown reason, three of my pages there remain intact as I had originally intended them to look  (The other two aside from 5555050 ie:Æterna ☥ are Solveation and Shadow Worker). So, even if we weren't spending as much time there, we thought our works of online art would remain in perpetuity.  Pages we had spent years into perfecting were destroyed with one fail swoop.  The customization of our blogs - destroyed. To make things even worse, there was zero customer service- Zero response to our requests and plea's to fix "blog safe mode" or our ability to access our own archives. It was like creating a sand mandala and having it disappear in the wind.

The things that I've mentioned above were compounding the reasons a lot of the population migrated to Facebook.  There wasn't any one thing that did it, but as one of it's primary users in it's height of popularity, I couldn't help but notice all of my peers complaints about the way Myspace was destroying the good parts we had come to love about it.

There are a few things about it that I like.  Such as the ability to feature animated gifs which Facebook does not support.  (Thank GOD Google + supports gifs!).

I had made a number of these gifs which had grown popular within Myspace, such as Believe in Love, which was inspired by a profile within Myspace with the same name. Their blogs at least let you add videos and music and animated gifs, which is better than Facebook's rudimentary "notes".

Having music play on your profile is nice too, something Facebook lacks.  It is sad to see Myspace erode like it has.  It's evolution proved more harmful than helpful to its users.  It would seem that sometimes, large conglomerates would do better to actually listen to their users, and for the love of god, DON'T take away the parts of it that users actually LIKED!

It seems that Facebook is treading dangerous waters as well, now that it is unveiling more ways to make users pay just to use it.  Charging to have your own fans read your posts, or to simply write someone you aren't friends with yet, is a bad idea.  That is the customary way to make introductions when making friend requests which was the norm on Myspace. Not to mention, posts are censored, users are being abused by having their accounts suspended for bogus reasons without any warning, or procedures to allow users to prove that their use was legitimate and not a TOS violation. Facebook is seeming like another lame duck, IMHO, given their continual stranglehold on our ability to share information.

As soon as Facebook gets too greedy, and pisses off more of its users by caring more about advertising instead of it's users, Adiós Facebook!  It's happening already.  (At least I hope it is).  They don't deserve to rule the social networking roost if they don't understand the patterns of why Myspace failed.  Facebook chatter is starting to remind me of the bulletin and blog chatter on Myspace.  That's a fair warning that Facebook can't afford to ignore.

by Nicole C. Scott. Find me on Google +